Home / Automobile / When Will Porsche Build An All-New 918 Spyder?

When Will Porsche Build An All-New 918 Spyder?

Dr. Frank-Steffen Walliser is vice president of motorsport at Porsche AG and one of the driving forces behind the astonishing 918 Spyder. We sat down with Walliser to talk about his beloved hypercar, the state of Porsche motorsports, and how he thinks Porsche’s fastest cars will look in the not-so-distant future.

AM: What’s it like, looking back at the 918 Spyder project, seeing how people reacted to the hypercar and its competitors?

FSW: For sure with time and distance everything looks easier, like always. The past, everything looks better, but definitely I will not forget how difficult it was to make the car, to set up the team, to solve all the technical things we had to in a very, very short time with very limited resources. This was definitely the challenge, but it is the ultimate hypercar. I think also compared to our competitors it is the most extreme, the most useful, the most advanced hypercar of this astonishing period. We had been the first, and the others changed their concepts to our concepts. That’s the truth. The Ferrari did not look the same before Geneva 2010. I think we gave the direction and the others followed, and nobody had us on the list to have the fastest car. [We] had the best car with the best fuel consumption, which for sure makes you proud and makes the company proud. It wasn’t only a huge project but was also good spirit in the company to go through that storm. The development of the car was really a storm — a hurricane. 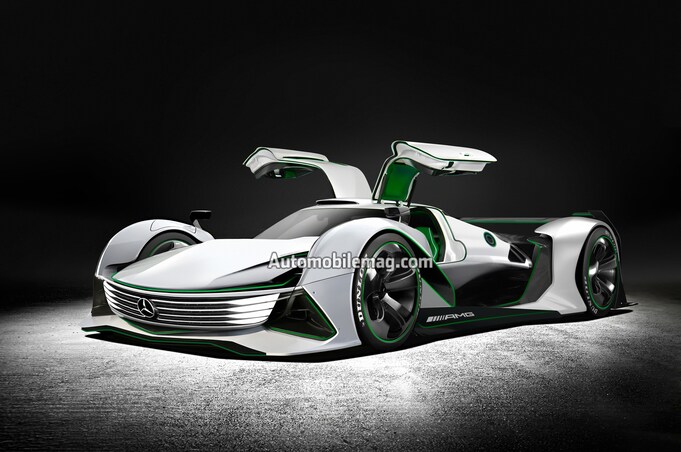 AM: How do you feel about the Adrian Newey–designed AM-RB001 joint project between Aston Martin and Red Bull? Or the Mercedes-AMG hypercar?

FSW: 10 years after the 918, if AMG’s doing a supercar, I’m relaxed. They are all talking about hybrids…fine. I am a little bit too much an engineer; if I see a fancy hypercar with super aerodynamics, 23-inch wheels, a 6,000-horsepower engine with six turbos, whatever…hot air. The Porsche way is if you do a show car, it’s proof that it can work. If we show a show car, normally we make a decision to make the street car.

AM: It’s clear motorsports holds a lot of engineering sway at Porsche. How involved in product development is Porsche’s motorsports branch?

FSW: For sure, I’m in the committees that decide the product decisions. There’s a lot of exchange. It’s not that we do the work or the others do our work, but there’s a lot of exchange. There’s an ongoing discussion all the time. Talking with the colleagues and traveling together and test driving together. It’s always a discussion. “How would you do this?” “Do you think your brakes are okay?” “Don’t you think it’s overdone on the brakes?” I prefer it more like this. I think this just shows the interest of people. If I talk to the guy who’s responsible for the Macan, it’s the same enthusiasm as if he’s running a GT3 as the guy who’s responsible for the Panamera and vice versa. If the 911 development is something a little bit more sporty, for sure we look at what [product development is] doing and say, “Hey, that’s very close to our car.” We have to stretch a little bit and bring it more to the limit and make it even better.

AM: Will motorsports always be an essential piece of Porsche’s business plan?

FSW: We had periods when it was not so important, when the company really had to focus on other products to grow, like the Cayenne. When we said, “OK, this is now for the company more important than motorsports,” but we never stopped, never had the situation where no motorsports were done. Maybe a project was not continued, but not “no motorsports.” And over the last 5 years I think we’ve tremendously grown with the LP1 program and all of our customer racing activities, offering more cars, selling more cars than ever, having a variety of 4 GT cars available now, is really, really cool. For sure there’s an ongoing discussion within the group board members to say what motorsports [we do], which brand is doing what. I think Porsche has a very good standing there. I would say our financial figures are OK…more than OK. If you have to decide which brand is racing, nobody would ever say Porsche is not racing, because who else? With this heritage, with this product portfolio, with this strong link to racing, it’s never doubted. 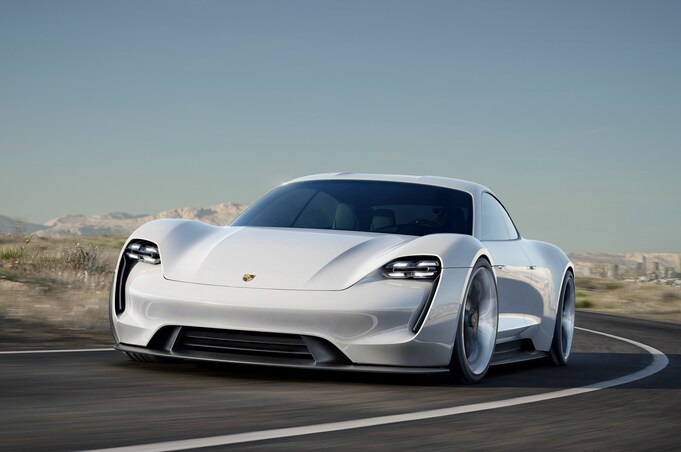 AM: Where do you see Porsche’s motorsport presence growing stronger? All-electric racing now that you’re building the Mission E?

FSW: We’re not saying a cup race is always based on a combustion engine. It could also be done with an electric motor. Why not? It’s just being open, taking everything that is going on in the company, and having a detailed look at the technology. They’re using new cells for the battery. That’s always interesting. Maybe we can use it in a race car. Definitely the electric drivetrain is an extremely interesting part. It opens you to the possibility of not only doing a full electric car but also a hybrid car, because it’s the same electric motor. Why not?

AM: Do people constantly ask you when you’ll do another 918 Spyder?

FSW: When the 918 project ended, people asked me what is the next car? What will change? I was like, “Nothing, because everything is right with the car”, and maybe it was a bit of a strong statement, but there was no technology on the horizon to say, “OK, we can improve the car tremendously.” We can make everything a little bit better, for sure, but not for a big step. At the moment, as long as we don’t have a technology that makes a big step, there is no need to make a car that is only a little bit better. It must be mind-blowing again.

AM: So that step isn’t yet here?

FSW: No. I can’t see it, but I know electric development and development of batteries and electric motors will bring it, but it’s too early at the moment. Only three years have gone [since the 918 Spyder]. Give us another 5-6 years and then we’ll see. We launched the Carrera GT in 2003, and then 4 years later there was a small team sitting together saying, “OK how will the next Carerra GT look like?” It was a downsizing concept, less fuel consumption, but there was no technology really on the cutting edge. Everything was really, really good, but at the end of the day we said, “Yeah, but it’s not this breakthrough technology.” Just 3 years later [the technological landscape] looked completely different with the introduction of the hybrid. We see some developments and some things are coming, but it’s too early to say what.