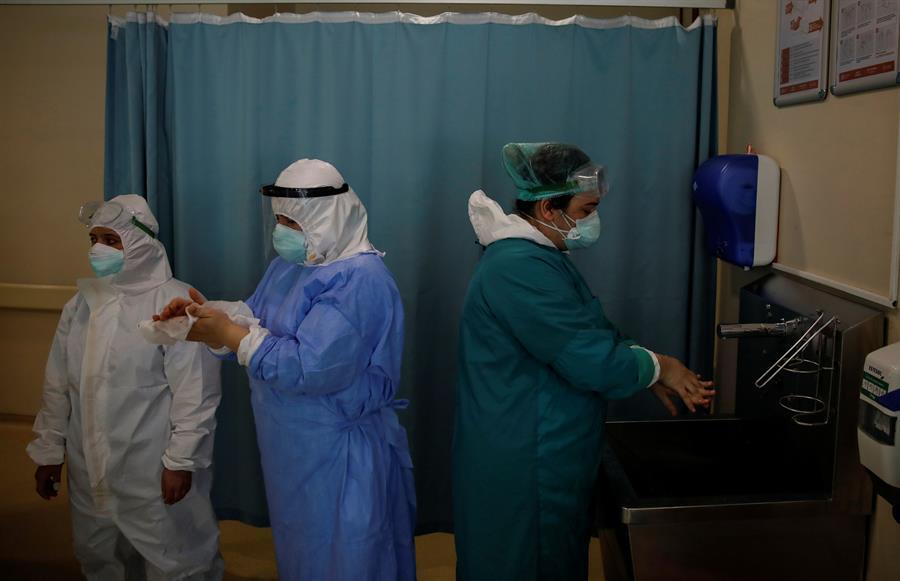 Turkey‘s confirmed cases of the coronavirus increased by 4,281 in the past 24 hours, and 115 more people have died, taking the death toll to 1,518, Health Minister Fahrettin Koca said on April 15. According to himd, Turkey’s total confirmed cases stood at 69,392. Some 875 patients recovered in the last 24 hours. The total number of recovered cases stood at 5,674 as of April 15. He also mentioned that 34,090 tests were conducted over the past day, with the overall number of tests reaching 477,716.

Turkey is currently treating 1,820 patients in intensive care units, along with 1,052 intubated patients, according to the infographic Koca posted on Twitter. On April 14, the minister had pointed out that the rate of rise in corotavirus cases has been seeing a downward trend as in the fourth week of the outbreak in Turkey. He said that The spread is “under control” and the overall screening is not the right method to get reliable results. “We make progress by pinpointing [the target].”, said by him.

Mentioning the filiation method of screening the chain of contact in infectious disease, he said Turkey uses the method to reach people infected by the coronavirus, monitor and isolate the diagnosed patients for treatment. Family physicians played an important role in the filiation process in his opinion. The follow-up information about people suspected to be infected with the virus is shared with the family physicians and they are observing whether the patients develop symptoms or not.

“As of [April 14], 261,989 people have been identified in the contact chain and approximately 96 percent of them have been tracked,” Koca said.

On the plasma therapy, Koca said the treatment of coronavirus patients with this cure is growing in Turkey. The number of people recovered after the therapy is increasing too.

“I think we will see peak [of coronavirus outbreak] in the next couple of weeks unless there is a new fluctuation,” he added.

Medicine supplied before any confirmed cases

The minister also said Turkey supplied the medicine, which is currently in use for COVID-19 treatment before there were any confirmed cases in the country. He said “the world is after this medicine” and Turkey has a supply of about 1 million boxes. He also underlined that there is no other country in the world that uses medicine, other than China, as intensely as Turkey.Regarding any cooperation to develop a vaccine, Koca said that Turkey pays a lot of attention on own clinical work.